A Timer Set is a Potty Forgotten

on October 21, 2010
Mothers have quite an enormous job with much to think about, do and recall.  From our children's birth dates, birth weights and last date of BM to the wet load of laundry that suffered a cruel, moldy death because we sat it on top of the dryer for an eternal 15 minutes while we tried to throw in just one hand-washed bra so that we could get out the door to our next appointment [pant, pant, pant].  Which brings me to yet another Tail from the Diaper Pail...

This person shall remain nameless to protect the innocent.  But, let's just say that a kitchen timer was set for 30 minutes.  Thirty minutes later a look of confusion crossed the face of a once keen and highly-organized young mother.  Thirty minutes LATER a five-year-old sibling says to the mother, "The two-year-old isn't wearing any pants!"  At which point, the young mother realizes, the timer that had been set an hour before was for the potty training two-year-old.

From time to time, I hear stories from friends who literally thought they had gone crazy at various points in time only to find out that the rest of motherdom (if I may use a non-word) does some of the very same "crazy" things.  For example, one friend recounted how she had caught herself in an attempt to place a jug of orange juice in the pantry.  Then, later that same day she could not find her car keys because during the process of unloading her groceries, she had also unloaded her keys... in the vegetable bin of the refrigerator!  Another friend said once that she and her husband have a running joke:  'If you can't find the cheese, just look in the bread box.'

If you need me, I'll be in the pantry setting a timer to throw some cheese in the dryer.

As of late, I find myself getting a little more down in the dumps each day. And, I know exactly why. Fall.  No, of course fall in and of itself isn't depressing. It's actually quite the opposite. It's my most favorite season of all, but I'm missing it. A LOT . While all of my Texas friends (and I used to be one of them, mind you) are complaining and "meme-ing" things like "Winter said, 'Yeah, fall and I just about to pull in,'" I'm down here in sunny, hot (always freaking sunny and sweaty/melty/humid hot) South Florida. This is where people joke about how you know when it's fall because all the license plates start to change colors. I hate those people. I joke. If I were to go see a doctor about these feelings I'm having, I imagine the conversation would go a little something like this: Doc: So, what seems to be the problem, Mrs. I Miss Fall? Me: Well, I'm starting to really miss fall, and I seem

Winter In A Rearview Mirror

This was one of those shots... "Rearview Winter" by Ruth Fix ©2014 The more I look at it, the more it "speaks to me." I don't mean that in a mystical way. Rather, artistically, I have already extrapolated a few thoughts: 1. I hate winter (especially when it's bitterly cold, and I'm stuck inside the car taking pictures through the window rather than perched nigh unto my subject(s)). 2. Seasons belong in this "framework," if you will. They are all going to eventually be behind us. In the past. Life moves forward. The past remains. In the past. Behind. This is especially comforting to those of us who are looking forward to warmer times and less ice on the roads. 3. Beauty can be found in the least expected places. My rearview mirror? Really? But, in a funny, quirky sort of way, it appears that the real snow on the mirror is actually on the ground under the tree that's just a reflection. Things that make you go... 'have you be 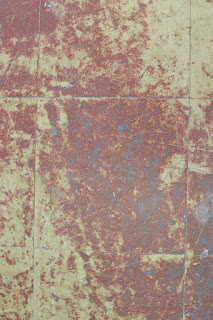 Typically, one does not look at a mess and think to themselves, ‘oh, how beautiful!’ And, yet… some of the most beautiful things in life tend to be a bit… well, disheveled to say the least. At times I’ve tried to reconcile the mess and convince myself that it’s only going to be this way for a short while. Inevitably, the mess is always there. Lurking. Simmering. Waiting in the wings. Whatever terminology you care to add… it’s always messy. This life. None of us have perfect lives. Not even the most seemingly perfect among us. There’s always something out of place. Something askew. Something imperfect . Teaching us to embrace something a little (or a lot) less than perfection, like a fine piece of splatter paint art. Sometimes if you stare at your mess long enough, you’ll see that it is downright beautiful in its own right.  Just as a person who’s as blind as a bat needs a pair of spectacles to see, we too need a better set of lenses to look through if we a